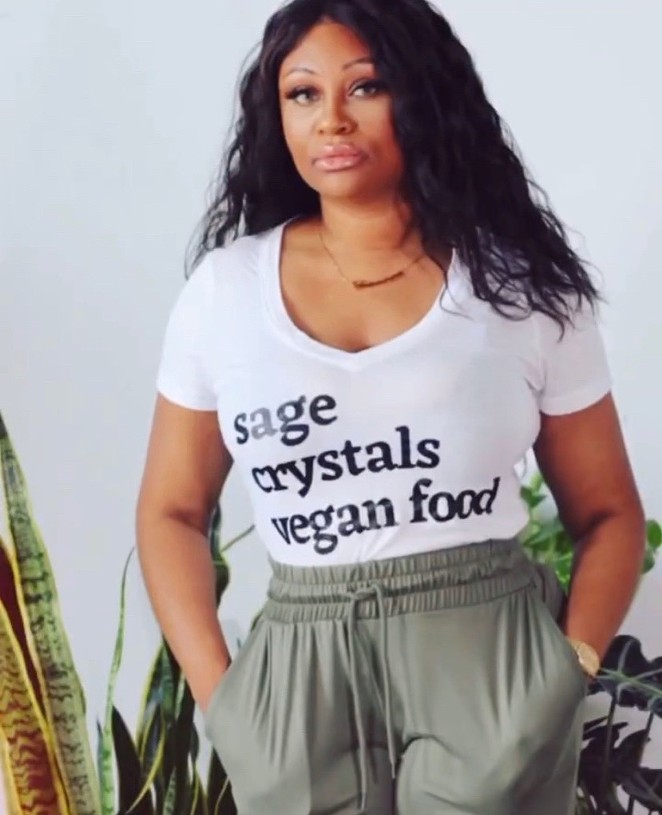 Before her current stint as a successful vegan chef and owner of Urban Soul Market, Tia Rodriguez lived and breathed the corporate life.

That meant sitting at a desk for nearly eight hours of her day and eating what was available. Neither of those was a healthy option.

Armed with family recipes and a desire to treat her own body more thoughtfully, Rodriguez struck out on her own last year. She took a stand for health and opened Urban Soul Market in Universal City, a curbside-only concept specializing in what she calls “plant-based food for the soul.”

When it comes to true soul food, most folks expect comforting but caloric delicacies such as butter-soaked collard greens, slow-simmered pot roast and crisp fried chicken. How is it, then, that Urban Soul Market has not only survived, but thrived, offering a healthy take on the culinary tradition?

We talked with Rodriguez about what it’s like to run a vegan curbside business in meat-and-potatoes San Antonio and her hopes for the future of vegan eating in the suburbs.

Let’s start with how this concept was born. What was the inspiration?

I was having some medical problems, and I just got to a point where I realized I had to make a change. I’d been working in corporate America for a minute, was sitting at my desk, not being very active, and decided it was time for me to take control.

So, your first thought was a curbside vegan soul food business?

That wasn’t my first thought, no. But I started creating and marketing this food out of my house and delivering it at first … and people were going wild for it. They would taste it and send me messages about how they couldn’t believe it was vegan. So, when the opportunity to work out of this space became a real thing, I had to jump on it.

Are there plans for a brick and mortar?

For this concept, I don’t think so. We may open another similar space with tables out front, but the curbside model seems to be what our customers want. We had been on track to sign a lease for a brick-and-mortar space with a dining room very recently, but that kind of fell through … right before COVID. And I feel like that was a blessing in disguise, because I don’t have any idea how we would have made that work through the pandemic.

What’s your hope for the future of vegan eating in San Antonio?

I just want to get this food to as many people as I can. Because, the trend has been, when people taste it, they can’t believe they’re not eating an animal product. And I am happy to be getting this message out there, that cruelty-free food can also taste like something your family prepared.

*Editor’s Note: Shortly after this interview was held, Rodriguez shuttered her Universal City shop. She was mum about the details of the closure, but promised bigger and better future endeavors.


“Armed with the knowledge gained over the last year, we’re able to better position ourselves to serve all of SA,” she told the Current. Stay tuned.

So many restaurants, so little time. Find out the latest San Antonio dining news with our Flavor Friday Newsletter.

The best online resources for cooking at all skill levels

Learn how to make homemade gyros in virtual cooking class